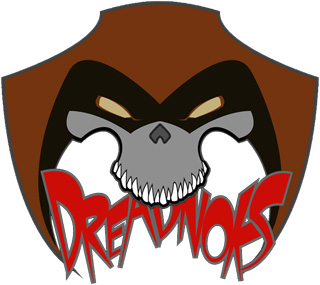 Zartan: a 'zen cosmic biker hitman', the man known only as Zartan is a criminal with astounding powers of camouflage, regeneration, and super-human strength. Though no one really knows why he did so, Zartan is also the founder of the Dreadnoks. Availability:

Zandar: Zartan's brother, Zandar is nominally one of his lieutenants in the Dreadnoks. His asocial tendencies generally preclude him being an active leader of the bunch, however, and as always, he has a tendency to blend into the background. Availability:

Zarana: Zartan's sister, Zarana is one of his lieutenants in the Dreadnoks. Her unchecked cruelty, greed, and ambition also garnered her a position as Cobra's second in command for quite some time, an opportunity she milked for all it was worth. Availability:

Buzzer: a former Cambridge sociologist, Buzzer joined an Australian biker gang after studying it, finding it a great outlet for his new hatred for modern life. Too much for them to handle, Dick eventually wound up working for Zartan. Availability:

Ripper: evincing antisocial behavior since he was a toddler, Ripper grew up into a life of crime. This culminated with his joining the Dreadnoks, the only group that would have him, and occasionally performing freelance work for Cobra! Availability:

Torch: violent and dim-witted, Torch has been an unrepentant discipline problem since birth. Too much for conventional motorcycle gangs to handle, Torch eventually wound up in Zartan's orbit, ultimately becoming one of that villain's Dreadnoks! Availability:

Monkeywrench: something of a firebug, Monkeywrench has never liked anything so much as a nice, loud explosion. Naturally, this made him immensely favorable to the Dreadnoks, who are more than happy to indulge his overwhelming destructive urges! Availability:

Thrasher: growing up terminally spoiled, the youth that would devolve into Thrasher wanted for nothing. With no discipline to rein him in, Thrasher's violent, destructive urges consumed him, and he ultimately found his way into the Dreadnoks! Availability:

Zanzibar: born in the Cayman Islands and raised on a garbage scow, Zanzibar grew up to respect no one and nothing. Basic manners escape him, as does the notion of personal property, at least respecting others. Even the Dreadnoks despite the man! Availability:

Gnawgahyde: a foul-smelling card cheat and a reprehensible sort, Gnawgahyde was a perfect candidate for Dreadnok membership. After they brought him into the fold, he quickly made himself at home, earning the gang plenty of money with his poaching! Availability:

Road Pig: one of the strongest Dreadnoks, save for Zartan himself, Road Pig is also one of the most violent. And ugliest. And smelliest. But the gang keeps Road Pig around despite all this, and more, because he's something of an ace in the hole for them. Availability:

the Air Skiff: whether he built it himself or stole it from someone else, Zanzibar has made his Air Skiff a vital component of his criminal self-identity. A self-proclaimed air pirate, he uses it to pilfer goods from targets on both land and sea! Availability:

the Battle Axe: when GI Joe and Cobra began to field incredibly compact, motorized utilities and vehicles to expand the range and effectiveness of their operatives, the Dreadnoks followed suit, though their competition in this regard is questionable at best. Availability:

the Chameleon Swamp Skier: Zartan's original vehicular masterpiece, this water-based device is basically a rocket mounted on four high-strength skis, allowing it to zip along in swampy waterways at reckless speed - just the way Zartan likes it! Availability:

the Dreadnok Air Assault Gyro Copter: seeing how relatively easy it is to fly the things, the Dreadnoks 'borrowed' a few of Cobra's original FANG helicopters, gave them tacky new paint jobs, and made them a part of their air force - such as it is. Availability:

the Dreadnok Air Assault VTOL Copter: like their 'borrowed' FANGs, the Dreadnoks found that GI Joe Sky Hawks were also pretty easy to fly - and decided to 'confiscate' a few for their own purposes. Even if they named them incorrectly. Availability:

the Ground Assault 4WD: even though they have numerous vehicles all their own, the Dreadnoks cheerfully make off with a Cobra Stinger now and then. Despite their new, green and black color scheme, these 4WD vehicles are functionally the same. Availability:

the Ground Assault Motorcycle: the GI Joe team's RAM is an exceptionally fast ground attack vehicle. Also being a motorcycle, the things are natural targets for Dreadnok aggression - or theft when an unsuspecting Joe leaves theirs unattended. Availability:

the Stun: the vehicle of choice for the Cobra Recon and Perimeter Defense Forces, the Stun is a three-wheeled, off-road vehicle. Lightly armored but heavily armed, the Stun is yet another Cobra vehicle that the Dreadnoks simply love to drive off with! Availability:

the Swampfire: a swamp skimmer with a twist, the Swampfire can fire up its rotors and take flight whenever necessary. Furthermore, it is uniquely capable of changing color, blending into the background to better sneak up on the Dreadnoks' foes. Availability:

the Tri-Cycle: each of these Dreadnok combat trikes are unique, being custom-built, by hand, using whatever parts and materials those bikers manage to steal from Cobra or other groups. Rugged and aggressive, the Tri-Cycles are a Dreadnok favorite! Availability:

Return to the Cobra main page!